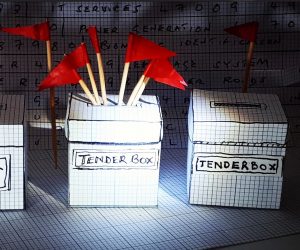 Most anti-corruption interventions are small-scale and targeted. Hence, there is a risk that they simply displace corruption rather than reducing it as corrupt actors adapt to the new conditions. Direct attempts at improving corruption controls in one area might elicit two evasive tactics: corrupt actors could shift focus to areas with weaker controls or could more aggressively exploit the loopholes that remain. Observing such displacement […]