Where does pressure for public procurement transparency come from? Reflections from Uganda and Tanzania

Where does pressure for public procurement transparency come from? Reflections from Uganda and Tanzania 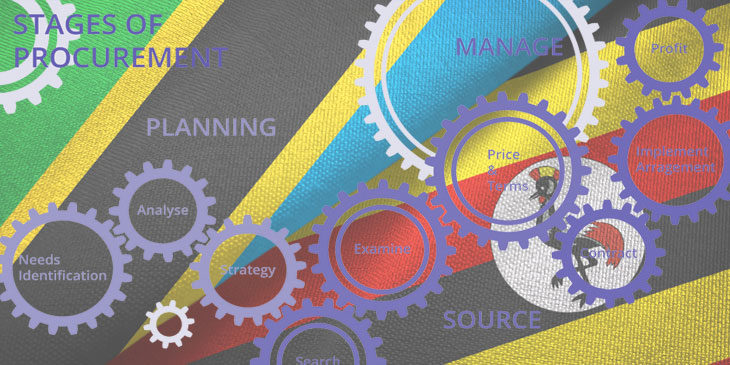 Written by Isabelle Adam and originally published on the ACE-Global Integrity blog.

In four weeks of fieldwork, we set out to answer these and related questions for Uganda and Tanzania – two countries that have been publishing contracting data for years on online portals. Uganda also is working on adopting the Open Contracting Data Standard (OCDS) and is in the process of launching an e-procurement system, while Tanzania has already started to roll out a new e-procurement system.

In both countries, we conducted interviews with a range of stakeholders from relevant public institutions, civil society, academia, and the private sector, as well as international actors. While we are still in the process of analysing the data, here we highlight two contrasts between the countries: civil society and leadership.

In Uganda, the process of translating procurement transparency commitments into open contracting data has been largely bottom-up, driven by CSOs (with financing by international donors such as the World Bank). The Africa Freedom of Information Centre (AFIC) is a major actor in pressuring government agencies into disclosing more information and works closely with PPDA. For example, AFIC has very much been involved in the technical implementation of the Open Contracting portal and the adoption of OCDS. AFIC also is host to the Uganda Contract Monitoring Coalition, a network of more than 40 organisations actively monitoring contract implementation across different sectors.

In Tanzania, the space for civil society to work on the specific topic of procurement transparency is smaller. Even though there are some initiatives–like the Wajibu Institute of Public Accountability, Haki Rasilimali, or the Natural Resource Governance Institute–CSOs generally appear to have been subdued in recent years and have very limited power to push for transparency. The Tanzania Contract Monitoring Coalition assumed this role during the previous administration but was dissolved in 2015 by the current government.

The two leaderships have quite different approaches to anti-corruption overall. In Uganda, the government claims to be generally receptive toward open government initiatives and has issued a lot of statements against corruption. That being said, many people lament a lack of real action and the systemic nature of corruption. Recent actions to counter corruption, such as the prosecution of large-scale embezzlement cases, are not seen as amounting to a major crackdown.

Tanzania, by contrast, pursued a harsh anti-corruption drive with numerous high-level court cases and the dismissal of numerous public officials. However, the leadership appears to have decoupled anti-corruption from transparency efforts as illustrated, for example, by its withdrawal from the Open Government Partnership in July 2017. Instead, authority over information has been centralised within the government. While some individual agencies are actively promoting transparency and the publication of tenders is ongoing, little attention is paid to ensuring that data are comprehensive. Whereas a new e-Procurement system has been launched and tested with 100 procuring entities, it remains a question of how public it will be. Currently, a login only available to registered suppliers is required to access details on contracts.

A lot remains to be done in both countries, but their different approaches require different strategies to maintain momentum toward improving procurement data transparency. Ultimately, the potential for data transparency to improve accountability will depend on commitment, not just to open data but also to pursue accompanying reforms that facilitate oversight and promote fair competition.